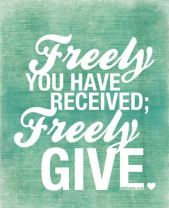 MIRACULOUS GIFTS. Some of the writers of this period tell us that the miraculous gifts of healing, exorcism, and even raising the dead, which distinguished the Apostolic Church, were continued down to their day. Justin Martyr speaks of evil spirits being cast out by believers through the name of Jesus Christ. He is confirmed by Irenseus. “Some certainly and truly drive out devils, so that those who have been delivered from them become believers and join themselves to the Church. . . . Others lay hands upon the sick and heal them. Yea, and even the dead have been raised to life again, and have remained among us for many years. . . . The entire Church entreating with much fasting and prayer, the spirit of the dead man has returned. For all these benefactions,” he adds,“the Church takes nothing in return, for as she has freely received from God so freely does she minister.” — Edward Backhouse, Early Church History to the Death of Constantine, 1906.

During the early era of Christianity, the “church,” or God’s assembly of believers, were gifted miraculously with the ability to heal, raise the dead, exorcise spirits and the like. Please notice that the “assembly of believers” that did these things took NOTHING in return. Where is this same spirit today?  What does the “church” by today’s definition, give freely? Notice that the “church” today, for the most part, does not do any of these things for others and yet, demands loyalty, service and your money!  Doesn’t everything come at a price?  Tithing is commanded. Mission giving is commanded. Other offerings are commanded.  Who truly benefits from all this giving? Do the sick, the poor and the needy whom GOD has commanded for us to take care of?  Think about it.  God did not command us to take care of religious leaders!  Those who benefit the most are church leadership and their families. This spirit of greed has taken over and now has supplanted God’s spirit of humility, grace, and true giving to those that need it.   Most of what people give, goes to build bigger and and more elaborate church buildings, pay huge utility bills and, support the Pastor’s high end life-style. What is left to go to the poor and needy?  How much of it goes back to the poor and needy within the church? Do congregants know where their money is going?  Did you know that if a congregant does not tithe, pray, and give of their time to the church, that the church will not give back to them when they are in desperate need?  What kind of Christianity is that?  What church do you know of that gives 100% of its funds to food banks, shelters, halfway houses, widows in need and the poor in general, even if they are within the congregation?  I don’t know of any. The only ones that I know of that give freely of their time and efforts and money are those who are taken advantage of in order to support churches and those that run them.