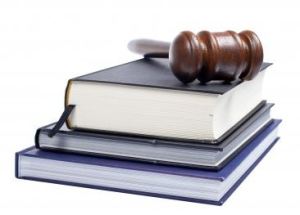 Who Made the Decision and Why?

“The Gospels that came to be included in the New Testament were all written anonymously; only at a later time were they called by the names of their reputed authors, Matthew, Mark, Luke and John. But at about the time these names were being associated with the Gospels, other Gospel books were becoming available, sacred texts that were read and revered by different Christian groups throughout the world: a Gospel, for example, claiming to be written by Jesus’ closes disciple, Simon Peter; another by his apostle Philip; a Gospel allegedly written by Jesus’ female disciple Mary Magdalene; another by his own twin brother, Didymus Judas Thomas.

Someone decided that four of these early Gospels, and no others, should be accepted as part of the canon–the collection of sacred books of Scripture. But how did they make their decisions? When? How can we be sure they were right? And whatever happened to the other books?

When the New Testament was finally gathered together, it included Acts, an account of the activities of the disciples after Jesus’ death. But there were other Acts written in the early years of the church: the Acts of Peter and of John, the Acts of Paul, the Acts of Paul’s female companion Thecla, and others. Why were these not included as parts of Scripture?” — Erhman, Lost Christianities

Erhman goes on to talk about epistles, many of them, that were also not included in the sacred canon. Hasn’t anyone ever wondered why so much of what was considered ‘holy scripture’ during the early church era has now been discarded, rejected, scorned, maligned, attacked, burned and forgotten? Why was the Book of Enoch removed from the Old Testament when it once was a part of it?

How do we know that our Bible contains all that God intended for us to know? Who made the decisions on what man should know from the various manuscripts in existence? God obviously allowed all of the copies of manuscripts to remain in existence. HE has NOT withheld any of them from us; yet man withholds their contents from those who seek to learn and know the truth, and, desire to make decisions based on those findings. Man wants control of the flow of information in order to manipulate and control others. God does not. Who made all the decisions as to what would go into the Bible? Could it be men with religious and doctrinal biases? Therefore, people should all the more study and, seek to know what the rest of the Gospels, Acts and Epistles have to say. God is not limiting the flow of information.