As believers, it behooves us to do our due diligence in seeking out truth. Man has proven himself to be a liar in all instances of religious practice handed down through tradition. Because of this, it is important that people not believe blindly what they are told. Seek truth and pursue it! Find out if what you are being told is truth or not. NEVER take a man’s word as gospel truth just because of his “position” in the church. As said many times before, every denomination produces “clones” of its system of beliefs and doctrines. God did not create us to be “clones.” He created us to be individuals – autonomous, thinkers, reasoning with one another, seekers of truth.

The history of the many fasts and festivals that are practiced within Christendom do have origins. Take some time to search the net for information on these. As usual, I will quote Early Church History to the Death of Constantine on these.  Let’s look at them.

Early Church History to the Death of Constantine 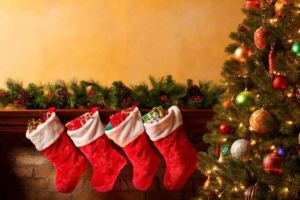 FASTS AND FESTIVALS multiplied during the third and fourth centuries. In imitation of our Lord’s forty days temptation in the wilderness, a fast of as many as forty hours was observed, out of which afterwards arose the forty days of Lent. (Or because our Lord was supposed to have been forty hours in the tomb.) The Feast of Pentecost, instituted to commemorate the descent of the Holy Ghost upon the disciples, followed fifty days after that of the Resurrection, the whole interval being observed as a season of festival, during which there was no fasting, and prayer was made standing. Pentecost, which was also named Whitsuntide from the white robes of the candidates, was one of the three special baptismal seasons, the two others being Easter and Epiphany. Epiphany (the word signifies manifestation), appears to have been instituted by Jewish Christians in honour of our Lord’s baptism, and to have travelled from the East to the West some time in the fourth century. Ascension Day is likewise not mentioned before the middle of the fourth century. About the same time Christmas, the festival of our Lord’s birth, first began to be observed at Rome, from whence it spread to the East. “It is not yet ten years,” says Chrysostom, bishop of Constantinople, writing about A.D. 386, “since this day was first made known to us. It had been before observed in the West, whence the knowledge of it is derived.”

Much has been written regarding the way in which the Christmas festival came first to be observed in the Roman Church, and how the time for its observance came to be transferred to the 25th of December; for although nothing certain is known as to the season of the year when our Lord was born, it may confidently be asserted that it cannot have been very near to the winter solstice. Neander suggests the following solution to these questions, but without committing himself to it in all respects.

“Precisely at this season of the year a series of heathen festivals occurred, the celebration of which was closely interwoven with the whole civil and social life. The Christians were on this account exposed to be led astray into many of the customs and solemnities peculiar to these festivals. Besides, these festivals had an import which easily admitted of being spiritualised, and with some slight change receiving a Christian meaning. First came the Saturnalia, which represented the happy times of the golden age, and abolished for awhile the distinction between slaves and freemen. This admitted of being easily transferred to Christianity, which, through the restoration of the fellowship between God and man, had brought in the true golden age, the true equality of all men, and the true liberty. Then came the custom peculiar to this season of making presents (the Stren*), which afterwards passed over to the Christmas festival. There was also the Festival of Infants, with which the Saturnalia concluded, just as Christmas was the true festival of the children. Lastly came the festival of the shortest day, the birthday of the sun about to return once more towards the earth, in which case a transition to the Christian point of view naturally presented itself when Christ the Sun of the spiritual world was compared with that of the material. To all these series of Pagan festivals was now therefore to be opposed that Christian festival which could be so easily connected with the feelings which lay at their root; and hence the celebration of Christmas was transferred to the 25th of December in order to draw away the Christian people from all participation in the pagan solemnities, and gradually wean the Pagans themselves from their heathen customs.”

To see how the minds even of wise men were in matters of this kind swayed by the opposing influences of truth and custom, it is only necessary to read Origen’s answer to the philosopher Celsus, when he objects that Christians did not observe the heathen festivals. He quotes Thucydides, “To keep a feast is nothing else than to do one’s duty;” and adds, “He truly celebrates a feast who does his duty and prays always, offering up continually bloodless sacrifices in prayer to God. It was a most noble saying of Paul, Ye observe days and months and seasons and years; I am afraid of you, lest by any means I have bestowed labour upon you in vain. If it be objected,” he continues “that we Christians are accustomed to observe certain days, as the Lord’s day, the Preparation, Passover, Pentecost, I answer, the perfect Christian who is ever in thought, word and deed serving God the Word, he is always keeping the Lord’s day. He who is unceasingly preparing himself for the true life, abstaining from the pleasures which lead so many astray, such a one is always keeping Preparation day. He who considers that Christ our Passover is sacrificed for us, and that it is his duty to eat of the flesh of the Word, never ceases to keep the Paschal feast. Lastly, he who can truly say, We are risen with Christ to sit with Him in heavenly places, is always living in the season of Pentecost.”

No sooner however has Origen said this than he turns round, disregards Paul’s “most noble” saying, and propounds a maxim not to be found in the New Testament, but which he endeavours to support from the Old. “Nevertheless, the majority of those who are accounted believers are not of this advanced class; but from being either unable or unwilling to keep every day in this manner, they require some sensible memorials to prevent spiritual things from passing altogether away from their minds. It would take too long at present to show why we are required by the law of God to keep its festivals by eating the bread of affliction, or leaven with bitter herbs, or why the law says humble your souls, or the like.”  In this way were Origen and the teachers of his time accustomed to mix together the precepts of the Law and the Gospel.

More enlightened was Socrates Scholasticus, the ecclesiastical historian, who, although he wrote so late as the fifth century, has some remarks on this subject which manifest a rare freedom of thought. Speaking of the Easter controversy, he says: “Men have altogether lost sight of the fact that when our religion superseded the Jewish economy, the obligation to observe the Mosaic law and the ceremonial types ceased. The Apostle, in his Epistle to the Galatians, demonstrates that the Jews were in bondage, as servants, but that Christians are called into the liberty of sons, and he exhorts them to disregard days, and months, and years. In his Epistle to the Colossians he distinctly declares that such observances are merely shadows: Let no man therefore judge you in meat or in drink, or in respect of a feast-day, or a new moon, or a Sabbath day, which are a shadow of the things to come. . . . Men love festivals because they afford them a cessation of labour; therefore it is that each individual in every place, according to his own pleasure, has by a prevalent custom celebrated the memory of the Saving Passion. The Saviour and his apostles have enjoined us by no law to keep this feast. The apostles had no thought of appointing festival days, but of promoting a life of blamelessness and piety. It seems to me that even as many other things have become customary in different places, so the feast of Easter from a certain custom has had its particular observance, since, as I said, none of the apostles have enacted anything concerning it.”