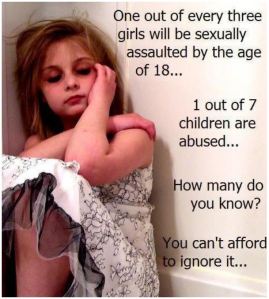 For decades, Religious Abuse has been well hidden within organized religions throughout the world. Those that bear the brunt of this abuse are women and children. In this article, I would like to focus on how it affects children that are raised within, and trapped in, an abusive religious system. My blog is full of articles and stories that cover this topic of abuse against women and children if readers would like to learn more about this type of abuse. First of all, let me explain what religious abuse is, and then I will explain how it affects children. Many have no idea what the definition of that term is. So, what exactly is Religious Abuse?

Religious Abuse – Any harm or violence inflicted by people within any religious sect toward an adult or child that results in harm or trauma physically, emotionally, psychologically and/or sexually and, may even lead to the death of the victim. There are many facets to religious abuse. They are as follows: Emotional Abuse, Physical Abuse, Sexual Abuse and Exploitation, and Spiritual Abuse. Each of these areas of Religious Abuse can be expounded upon here: RELIGIOUS ABUSE – What Exactly Is It? The number one goal of those that inflict this abuse is complete CONTROL of others for personal gratification and/or gain, monetary greed and power.

Spiritual Abuse DOES demand, in the name of “God”:

As stated earlier, the goal of abusive religions is ultimate control of others. In a religious setting, this can be a breeding ground for the sexual exploitation and abuse of children. Because those in authority use the name of God and Scripture to justify their abuse, the psychological trauma is unparalleled.  To the victim, God becomes vengeful, exacting, merciless, unloving, uncaring AND gives permission for “his people” to be abusive in his name.

Because of this demand for religious conformity and control within an abusive system, religious abuse occurs and children cannot escape it. In an abusive religion, children have no rights. They have no choices. They have no voice. The abusive religion requires them to obey without question or suffer the consequences. Many of these consequences are criminal.  Many result in the death of the child!

In order to facilitate the programming and behavior modification process, many are put in boarding schools or behavior modification facilities to be “forced” into conformity. Many of these facilities harbor rapists, pedophiles and abusers that perpetrate sexual violence, physical abuse, emotional and psychological abuse and, spiritual abuse. Freedom of choice and belief has no place in any of these facilities. Those that run these facilities are given absolute and unquestionable authority over these children. This type of authority leads to religious abuse and can encompass all aspects as mentioned in my article, RELIGIOUS ABUSE – What Exactly Is It?  Non-conformity to the demands of leadership within these places will bring punishment in the form of spiritual abuse, psychological abuse, emotional abuse, physical abuse and, yes, sexual abuse and exploitation. Here are some stories of children that have endured these abuses at the hands of those that should have been their protectors:

All of these children were emotionally and psychologically destroyed through the constant barrage of verbal abuse, physical abuse and sexual abuses. For more stories like these visit my blog – http://www.religionscell.wordpress.com.  Also search the internet…the stories are endless.

You may be wondering how in the world abusers can get away with such crimes against children? Let me tell you how:

Sexual exploitation of women and children in abusive religious institutions is a very difficult subject matter to deal with. Exposing it is an even harder task. It has been going on not just for decades, but centuries! Abusive religious institutions have mastered the art of silencing, shaming, bullying, building loyalty, stalling and, walking away from victims without ever helping them and providing restitution and vindication for the crimes perpetrated against them. Instead they have punished and placed blame on the victims. They have used their religious authority and administrative and financial prowess to effectively destroy and silence any who dare to speak out about the abuses they may have suffered. Character assassination, death, torture, public humiliation and shunning by church members and or family members, are just a few of the tactics that victims have to deal with after coming forward with abuse allegations. To understand what I mean by character assassination, please read my articles entitled “Character Assassination.”

There are several reasons why these “abusers and predators in the name of God” can get away with their abuses against children. One of the main reasons for the lack of prosecution of sexual predators is Statute of Limitations (SOL) laws here in the U.S. that prevent victims of sexual assault from prosecuting their rapists after a certain number of years has passed. It can take decades for a victim to muster up the courage to speak out! Many church leaders are working hard at keeping these S.O.L. laws in place while victims of the abuse are fighting to get them removed.

Another reason is that many of the crimes are perpetrated in foreign countries where our laws do not apply. Many abusers and rapists come back from the foreign mission field to live free lives here in the U.S., never spending one single day in jail for their crimes. Prosecution must be sought in the country where the crime occurs in order for victims to stop their abusers from hurting others. Many mission organizations and foreign churches are SILENCING and placing BLAME on the victims and, are not reporting the crimes done on foreign soil! As a result, predators are going free; many of which, are moving on to new victims.  Churches here in the U.S. are moving pedophiles and rapists from church to church instead of turning them over to police. Religiously run homes and boarding schools on the foreign field and here in the U.S. have become safe havens for abusers of children due to laws that prevent state and local authorities over site of the facilities.  Another issue is that some of the rapists are still on foreign soil and cannot be prosecuted because of this. The following video is one of the perpetrators admitting to his abuses and living freely here in the U.S.

Video: Leslie Emory admits to molesting girls in the Philipines

Despite these frustrations, victims of sexual assault must forge ahead, paving the way for changes in law that will protect women and children in religiously run institutions. Is this an easy endeavor? NO, it is NOT! It takes years to affect change. It takes years to get all the cogs out of the wheels of religiously run institutions that are in place to specifically protect the institution from accountability to victims! Can it be done? Absolutely Yes…if victims will be persistent and join their voices together with all the thousands out there that have suffered the same fate as them. There truly is POWER in numbers.

Freedom of belief is of paramount importance in the lives of adults and children alike. Freedom of belief allows for freedom of choice. Most religions do not allow for either of these and, as a result, religious abuse is rampant and children cannot escape it. Parents and missionaries within abusive and controlling religions become abusers themselves through physical violence, sexual exploitation, incest, rape and emotional abuse of children. It’s time for people everywhere to wake up to what is hiding underneath the “mantle of righteousness” many religions wear. Religious abuse is real and it is destroying lives! It is responsible for people having a distorted view of God and spiritual concepts as well as turning them away from God.  The following stories will give you firsthand testimony of what can happen to children in an abusive religion.

Stopping the abuse means that we must find the root of it. The root of the problem seems to stem from inequality, authoritarian leadership and, lack of freedom to believe and choose for oneself. Within abusive religions, these factors affect women and children and lead to abuses not only within religiously run institutions, but in the home. 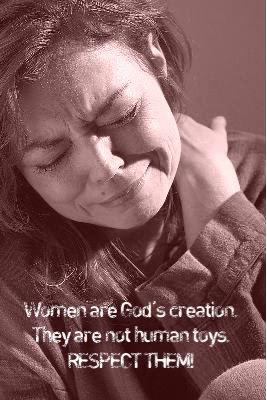 genuinely hope that this information is helpful in the healing process for those who have been abused and exploited emotionally and sexually in the “church” system.

Bearing in mind that cults control their members through deceptive and manipulative techniques that induce dependency, anxiety, and fear, the recovery process for someone who has extricated herself from a cult is indeed a rocky road. Former members typically experience a range of feelings: fear, mistrust, and betrayal, as well as confusion and disorientation. At the same time, they usually feel relieved to be out of the cultic situation. Major areas of work will revolve around the following: reestablishing boundaries; regaining self-esteem and self-confidence; dealing with feelings of betrayal; learning to trust again; resolving identity crises (who am I? how did it happen?); and what I call exorcizing the “hindering” emotions of shame, blame, and guilt.

Given the sophisticated and totalist nature of thought reform in a cultic environment, it is hard to separate the effects of sexual abuse from the overall psychological rape perpetrated by the leader and the group. The sexual exploitation is reinforced by the psychological violation; as a result, the harm to the individual is twofold.

Another significant factor is that typically cultic sexual exploitation and abuse is not a one-time occurrence. Integral as it is to the cult philosophy and worldview, ongoing and persistent abuse is likely to be part of daily life; for some women, a decades-long reality. Therefore, the abused female cult member – similar to certain battered women who are also victims of mind manipulation – needs to unravel the psychological trappings that were imposed on her by the perpetrator to ensure submission without challenge to his authority.

In some cases, the feelings related to sexual abuse may be the deepest and last layer of cult-related trauma to explore. Acknowledging that one was sexually exploited in the name of a greater goal is often a painful process. Consequently, some cult members deny, rationalize, minimize, and distort the meaning of the experience, while others may dissociate, separate from, split off, and even “forget” what happened in order to tolerate continued membership in or loyalty toward the group. Part of the healing process will entail the recovery of such unpleasant or unwanted experiences as part of one’s own past. Without such reclamation, the negative experiences tend to come back later and disrupt healthy functioning and the opportunity for satisfying personal relationships based on equality and mutual trust.

Various forms of self-expression (art, music, poetry, dance, journal keeping, drama), support groups, individual therapy, public speaking, and legal action are all means by which women have rid themselves of residual cult thinking and the unnerving aftereffects of cult abuse. Each woman’s healing journey is different. But often with the help of friends, family, educators, counselors, clergy, or therapists, she will find her preferred means of working through the pain, guilt, and shame that is the inevitable legacy of cult membership.